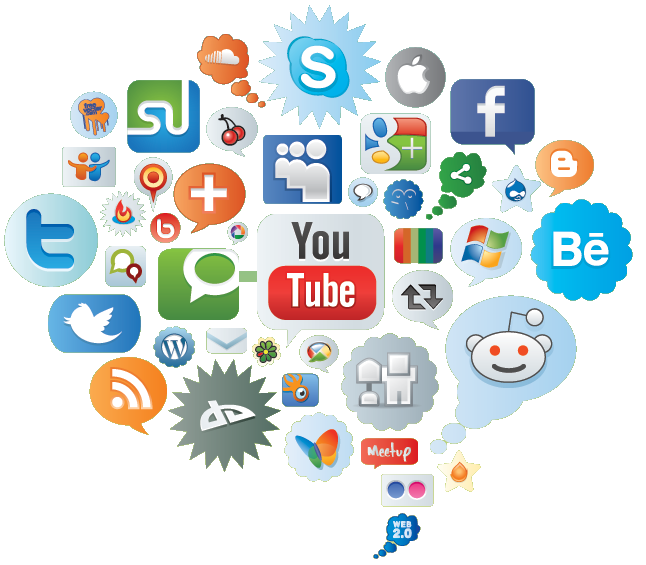 Churches in the not-so-distant past were known as the social centers of a town. Cities during the Feudal France era had churches built in the middle of the city so all people were equidistant from the house of God. Many years later, even colonial towns in the new America had this setup at times. Further, Steeples were placed on churches so that all a city dweller had to do was look up and the highest point in the town would be the church steeple.

Churches were the heart of the social gatherings of the past.

Then a resurgence happened in the 1960’s as churches began building more community space alongside their sanctuaries. Churches were growing and soon a new form of the church would emerge – the megachurch. The church became one of many growing “third space” locations for people to gather – fellowship, build lasting relationships, debate, read, and entertain. Things looked up again as the church was again the center of many people’s social life.

Nevertheless, a bit over a decade ago, even the megachurch with her amazing lobbies, coffee shops, and third spaces couldn’t hold the attention of younger generations (and especially older ones who were disenfranchised by the “secularization of sacred spaces”).  Something was shifting. Something competed for the attention of young and old. The internet and its’ burgeoning bouncing baby boy – social media.

Things were about to shift so rapidly, only a handful of futurists even saw it coming. To keep up with this shift, churches started broadcasting services through Livestream and On Demand technologies. They hoped to reclaim those lost to the social media, always plugged in society. Although for a time, this helped keep some connected, a church service is a monolog on a technology designed, not to even be a dialog, but to be a multi-log.*

Therefore, more and more churches are learning the delicate art of multi-level conversations on their social sites. While there are many great examples out there (Life.Church, ???, ???), many churches are lagging behind. So here are my suggestions on helping your church or non-profit take some entry level steps to joining the multi-log conversation in the social media sphere.

Your social sites are not just another place to post your program or events.

While, yes, they are places where events, bulletin, and programs can be posted, minimizing that is best. Why? Because for a social media savvy person, they know only a monolog is happening on your site. The only dialog that might happen is if someone asks to clarify the event time, place, or some other event related question. Far from the multi-log type conversations, you should be having on your sites.

My suggestion is that only 1 out of 7 posts be some form of announcement, event, or bullet item. This ratio will help get info out that is needed to be out there, while not pushing away the ones who desire online community and have questions or want to give input on certain topics. You can also be very creative in the way you announce events or programs in social media – creating dynamic, shareable graphics, posing them as questions, or other creative ways to draw in discussions beyond the date, time, location, etc.

Your social sites are not going to be clean and tidy conversations, be prepared for the mess.

This may be the largest fear many have towards social media conversations. Lack of control.

In a church, the pastor and staff have more control of the environment, agenda, and overall atmosphere. Times are planned out in advance. Music is prepared before hand. Volunteer schedules sent out. There are layers of devices that allow control. Let’s be honest, who doesn’t want to be in control? Americans, now more than ever, want to have more and more control. We all do.

In a nut shell, messy.

Sure, you may be thinking, but we can delete posts and conversations and remove what we want when we want. We still have control.

True, but at a cost. Some conversations need to be messy and not allowing them will slowly move people away from your sites to others that will allow them to discuss. The same is true offline when people leave one church to attend another. They are seeking a place to ask and be heard, to listen and learn. To debate. To find peace. To be accountable. And so much more.

Put another way, no pastor or staff member is privy to all the conversations happening in their church altars, hallways, coffee shops, and foyers. These conversations are messy and people in your church are having them with friends and family and lost people. We simply don’t see them or hear them and so out of sight, out of mind. Online, everyone sees them.

We simply don’t see them or hear them and so out of sight, out of mind. Online, everyone sees them.

Online, everyone sees them. Everyone.

That very sentiment still scares me as I try to be open and honest online. On the web, nothing tends to disappear, and so what happens when my words at some point in my past come back to haunt me? We have seen this happen to Harvard applicants, sport’s celebrities, and progressive churches (oh, and not so progressive ones too).

As my college literature professor used to say, “All written correspondence has a boon and a bane.” Nevertheless, when he said those words, Facebook didn’t even exist. At that time, to have a debate you waited till people read your article or editorial. Then you waited some more for the response. Then you waited after sending your rebuttal.

(Just think, kids these days would go mad at the thought of a dialog that lasted weeks and months. There was no real instant gratification in the world of words back then.)

But now, you can have a thought, create a poll, or post a rant, and get immediate feedback. All a president has to do today is Tweet his thoughts (which more times than not is probably a bad idea) and a national council is called to decipher each and every word, while the battle rages on Facebook, Twitter, and Reddit.

I say all of that to say this, the bane of social media may always be present at the forefront, but the boon is something so precious, it should not be dismissed outright. Courage and fortitude will be required in the highly connected society around us.

People are not flocking to the church as the center of their social world. They are flocking to Facebook, which announced last month they had 2 billion users.  So Zuckerberg says that Facebook needs to become more socially responsible with such a huge constituency. Again, I add, so does the Church.

The church used to have the prized position of people coming to see what is going on at the local church. Oh, and I know many places and churches reach hundreds of thousands of people. Plus, if you add up all small to megachurches, millions and millions are going to church and being disciples. (Only three quarters of a billion – 740,000,000 – claim to attend church at least once a month).

But the capital – C – Church is not reaching billions with her church services. Not yet anyway!

Don’t get me wrong, I believe the church should still do what it does best – host excellent worship experiences with singing together, praying together, eating together, and sharing Scripture. I pray our sacred traditions never fade.

With that said, it doesn’t excuse us to ignore the most rapidly growing mission’s field in the known world. Social media cannot be ignored. Neither should it be embraced as the catch-all-end-all.

It should be seen as the tool it is, to create multi-log conversations about God, Jesus, the church, theology, compassion works, and so much more. But for those topics, we will save for the next post.

QUESTION: What are one or two of your greatest fears of utlizing social media for your church?

*Multi-log is a term I use to try and capture the nature of social media conversations where any of someones hundreds of followers, family, and friends can join the conversation.