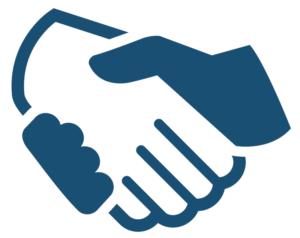 Everyone enjoys having a mentor. Taking their advice is an entirely different story.

We need to address the very real and very difficult issue of taking your mentor’s advice. I say “difficult” because most of us love our mentors, until _____. Until they tell us the top ten percent of truth—a leadership term meaning they discuss with us the ten percent of stuff that does matter rather than the ninety percent of stuff that doesn’t. Until they encourage us to be real and to come down from our visionary insanity. Until they give us truth about our situation we simply don’t want to hear or address. I know this is true because it has happened to me, and I am sure it has happened to many of you.

Before I can give advice, let me share my very real experience. I will never forget eight years ago, sitting in an interview in the boardroom of a large church, feeling ridiculous as I responded to their questions. I had been in ministry since 2001 and had yet to be hired full-time by a church. The last church I had worked for ran around a hundred people on a good day, and the church that was interviewing me ran over a thousand. I honestly have no idea how I even got the interview. After feeling like I bombed my chance at getting hired by this church, I was relieved to find out later they wanted me for the position. Enter Mike Messner.

Mike Messner has been a church consultant in the Assemblies of God for years and currently works with Joyce Myers Ministries. At the time, he was consulting this church and was on the board interviewing me. His questions were tough. I kept saying things like, “I am not sure I know how to answer that question.” I recall drinking too much water and having to leave the interview multiple times for a restroom break. I just knew they were talking about how inadequate I was while I was hiding in the restroom. I was a nervous wreck. But God had plans for my life that continue to amaze me. So after the church hired me, Mike began the process (with another staff pastor) to create a development plan for me. In other words, Mike became my mentor.

Over the next four years, my wife and I developed a close relationship with Mike and his wife. When my wife and I knew it was time to transition in ministry, he helped facilitate the process of getting hired by the church where I work now. Mike has equipped me, trained me, challenged me, pushed me, and especially celebrated me. The bottom line: Mike is very special to me.

That story adds context for the next. One day a few years back, out of the blue, I was contacted by a church that was offering more leadership, better pay and benefits, and a more challenging role, which was intriguing. I immediately called Mike for advice. I was excited and confused all at the same time. I loved the church where I was working, but was too intrigued to let this opportunity pass me by.

And I will never forget what Mike said: “David, I know you and I know your wife and child. Where you are is where you need to be. If you are not careful you will accept a job that feeds into your high-driven, workaholic nature and you can easily ruin your life and your ministry calling.” I was floored. I was upset. I was angry. I was close to removing Mike from my Christmas Card List. I thought that this position had come along because God had prepared me for it. I yearned for a new challenge and this must be it, right?

I did not pursue the new position. I stayed with my current church. But there were many nights after my talk with Mike that I struggled. It felt like I was wrestling with my own mind. It drove me crazy. I would say that it has been one of the hardest decisions my wife and I have ever made. And the only reason I was able to make it was that a mentor got real with me and gave me the truthful advice I did not want to hear. Mike took a risk, and his risk saved my life and marriage (but we can save that part of the story for another post).

UPDATE: This post originally was written in 2013. Since then I have found a new leadership role as the director of an amazing nonprofit. Mike was very much in favor of my transition and provided a great reference. Since I listened to him three years ago, I was able to trust him even more when this transition came around. Trusting a mentor has shaped my career in so many advantageous ways.

So here is my personal advice about trusting and optimizing your mentor:

I am sure that many of you have had similar experiences and have gained some fantastic insights through it all. What advice would you add to the list?