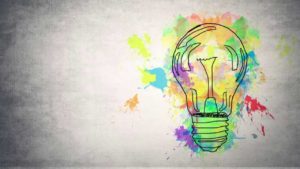 Everyone knows that church life is one of the fastest areas where complacency and redundancy can encamp. We always talk about the cross at Easter, the manger at Christmas, and those other special days and traditions our churches embrace. Don’t get me wrong, those days and those topics are crucial in communicating truth and creating liturgical rhythms of church life. Nevertheless, my question is, do they always have to look or feel the same? We know they are coming each year, so why not embrace tradition in a new way, with the courage to step a bit ‘outside the norm’ to present the truth in a fresh, prophetic light?

In 2 Samuel 5:17-25, David and the army of Israel face off in the valley of Rephaim against the Philistines. David seeks the Lord, and the Lord prophesies to David that they will win the battle. Just as God promised, Israel won. A few verses later, David finds himself in a déjà vu moment up against the same army in the same exact locale. He could have said to himself, “We have been here before, this should be easy, no planning is required.” Shockingly, David tells his men that he must seek the Lord. As it turns out, this was paramount to his being victorious.  God explains that he wants David and his men to approach from an entirely different way and to wait until they hear the rustling of the wind in the tops of the Balsam trees. Once they hear the leaves rustling, they will know that the Lord has gone ahead of them and victory will be theirs.

This next part takes a lot of courage. David goes back to his leaders and explains they need to sit tight and hold their nerves until they hear the rustling of the leaves in the Balsam trees. Can you imagine what they thought? Trees! Wind! Leaves! David has finally gone nuts. Too many years in a cave. To many blows from the battlefield. Thankfully, the men trusted their leader and in the creative way God had chosen to lead the army of Israel to victory.

Fast forward to your life and position. Are you courageous enough to look at your team and say, “I know we have done this the same way for years, but I think we need to seek the Lord anyway and see what he has to say”? And if the Lord shows up and gifts you with a prophetic approach to ministry unlike anything you have done before, are you willing to go back and present the plan? What courage it takes to breathe creativity in the life of redundant church systems and processes. I am not saying we do not need systems and process, because my calling is to create and build those for the nonprofit world. What I am saying is that those, like any other thing, need the fresh eye of spiritual creativity to breathe fresh vitality into them.

The prophetic creative must use courage in the face of redundancy.

When we are faced with recurring moments, will we embrace the prophetic creativity of God or will we capitulate to the comforting draw of redundancy?

Will you have courage to be prophetic, like King David, when that time comes for you?